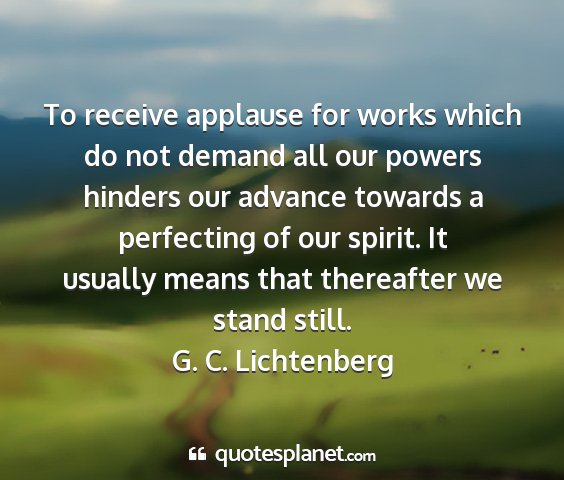 The greatest of all gifts is the power to estimate things at their true worth.
La Rochefoucauld

Courage is the power of the mind to overcome fear.
Martin Luther King Jr.

Solon used to say that speech was the image of actions... that laws were like cobwebs, - - For that if any trifling or powerless thing fell into them, they held it fast while if it were something weightier, it broke through them and was off.
Laertius Diogenes 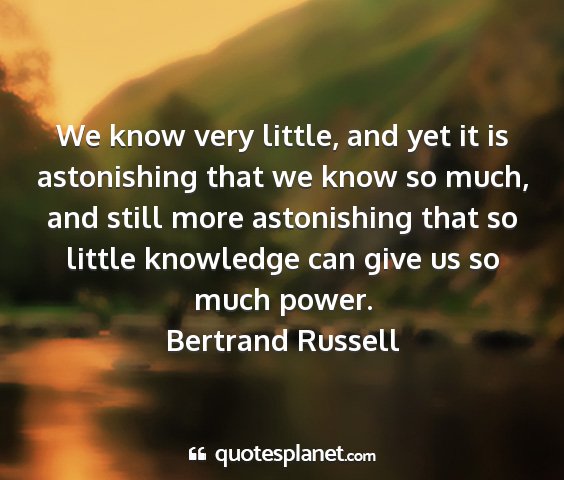 Courage is the power to let go of the familiar.
Raymond Lindquist

Much that passes as idealism is disguised hatred or disguised love of power.
Bertrand Russell

Power is what men seek, and any group that gets it will abuse it. It is the same story.
Lincoln Steffens

What a mistake to suppose that the passions are strongest in youth The passions are not stronger, but the control over them is weaker They are more easily excited, they are more violent and apparent but they have less energy, less durability, less intense and concentrated power than in the maturer life.
Edward Bulwer - Lytton

When the power of love overcomes the love of power the world will finally know peace.
Jimi Hendrix

A student is not a professional athlete. ... He is not a little politician or junior senator looking for angles... an amateur promoter, a glad - Hander, embryo Rotarian, caf - Society leader, quiz kid or man about town. A student is a person who is learning to fulfill his powers and to find ways of using them in the service of mankind.
Harold Taylo 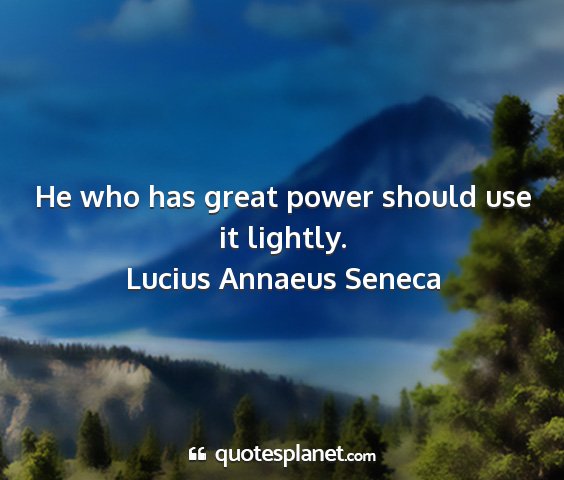 The only purpose for which power can be rightfully exercised over any member of a civilized community, against his will, is to prevent harm to others. His own good, either physical or moral, is not sufficient warrant.
John Stuart Mill, On Liberty

Rank does not confer privilege or give power. It imposes responsibility.
Louis

Politics will eventually be replaced by imagery. The politician will be only too happy to abdicate in favor of his image, because the image will be much more powerful than he could ever be.
Herbert Marshall McLuhan

The power of choosing good and evil is within the reach of all.
Origen

On the mountains of truth you can never climb in vain: either you will reach a point higher up today, or you will be training your powers so that you will be able to climb higher tomorrow.
Friedrich Nietzsche

He is happiest who hath power to gather wisdom from a flower.
Mary Howitt

I have heard with admiring submission the experience of the lady who declared that the sense of being well - Dressed gives a feeling of inward tranquillity which religion is powerless to bestow.
Ralph Waldo Emerson

When I say I believe in a square deal i do not mean... to give every man the best hand. If the cards do not come to any man, or if they do come, and he has not got the power to play them, that is his affair. All I mean is that there shall be no crookedness in the dealing.
Theodore Roosevelt

The only purpose for which power can be rightfully exercised over any member of a civilized community, against his will, is to prevent harm to others. His own good, either physical or moral, is not a sufficient warrant.
John Stuart Mill, "On Liberty", 1859

Better to rely on one powerful king than on many little princes.
Jean de La Fontaine

The miracle, or the power, that elevates the few is to be found in their industry, application, and perseverance under the prompting of a brave, determined spirit.
Mark Twain

When I was young, I used to think that wealth and power would bring me happiness... I was right.
Gahan Wilson

The abuse of greatness is when it disjoins remorse from power.
Mary Bertone

The two most powerful warriors are patience and time.
Leo Tolstoy

The measure of a man is what he does with power.
Pittacus

Ideas are powerful things, requiring not a studious contemplation but an action, even if it is only an inner action.
Midge Decto

When the power of love overcomes the love of power, then the world will know peace.
Jimi Hendrix

The imbecility of men is always inviting the impudence of power.
Ralph Waldo Emerson

Money is the most egalitarian force in society. It confers power on whoever holds it.
Roger Sta

The universe seems wondrous to me, with or without God. It has powerful lines and uncompromising ways. Patience and time sit like sages on the planets, strong and impersonal. There is a stark beauty to all of this.
Real Live Preacher, reallivepreacher. com weblog, September 4, 2003

Power may be justly compared to a great river while kept within its bounds it is both beautiful and useful, but when it overflows its banks, it is then too impetuous to be stemmed it bears down all before it, and brings destruction and desolation wherever it goes.
Alexander Hamilton