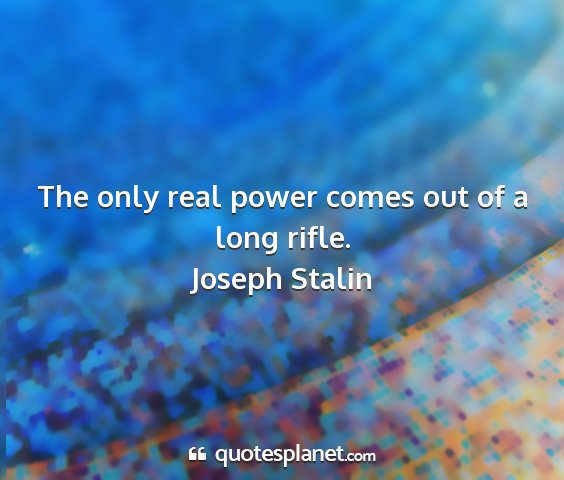 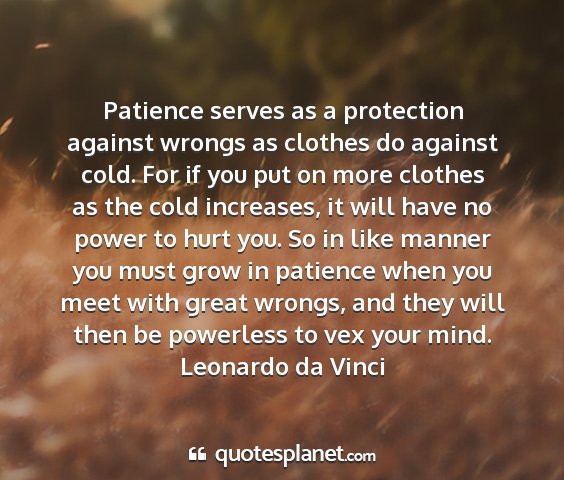 If you knew what I know about the power of giving, you would not let a single meal pass without sharing it in some way.
Buddha

To impress the idea of power on others, they must be made in some way to feel it.
William Hazlitt

A good intention clothes itself with power.
Ralph Waldo Emerson

What an immense power over the life is the power of possessing distinct aims. The voice, the dress, the look, the very motions of a person, define and alter when he or she begins to live for a reason.
Elizabeth Stuart Phelps

Dream no small dreams for they have no power to move the hearts of men.
Johann von Goethe 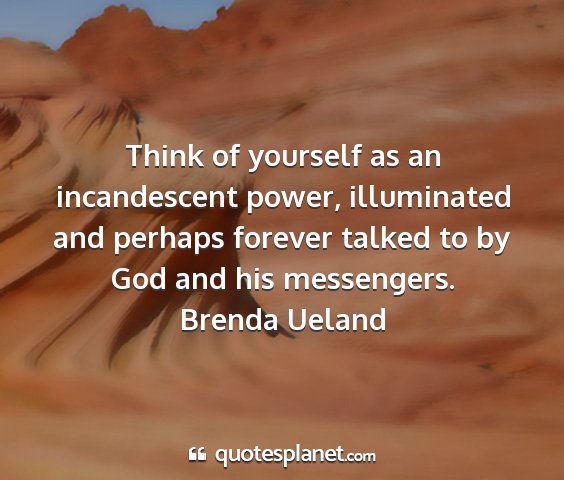 Lack of will power has caused more failure than lack of intelligence or ability.
Flower A. Newhouse

Do you want to be a power in the world Then be yourself.
Ralph Waldo Trine

Too often we underestimate the power of a touch, a smile, a kind word, a listening ear, an honest compliment, or the smallest act of caring, all of which have the potential to turn a life around.
Leo Buscaglia

Power is the ability not to have to please.
Elizabeth Janeway

God, I offer myself to Thee, to build with me and to do with me as Thou wilt. Relieve me of the bondage of self, that I may better do Thy will. Take away my difficulties, that victory over them may bear witness to those I would help of Thy power, Thy love and Thy way of life. May I do Thy will always. Amen.
Alcoholics Anonymous Praye

Everyone who achieves success in a great venture, solved each problem as they came to it. They helped themselves. And they were helped through powers known and unknown to them at the time they set out on their voyage. They kept going regardless of the obstacles they met.
Clement Stone

The great gift of human beings is that we have the power of empathy.
Meryl Streep

Hope is the companion of power, and mother of success; for who so hopes strongly has within him the gift of miracles.
Samuel Smiles

I desire so to conduct the affairs of this administration that if at the end, when I come to lay down the reins of power, I have lost every other friend on earth, I shall at least have one friend left, and that friend shall be down inside me.
Abraham Lincoln

There are two ways of resisting war: the legal way and the revolutionary way. The legal way involves the offer of alternatinve service not as a privilege for a few but as a right for all. The revolutionary view involves an uncompromising resistance, with a view to breaking the power of militarism in time of peace or the resources of the state in time of war.
Albert Einstein

Courage, it would seem, is nothing less than the power to overcome danger, misfortune, fear, injustice, while continuing to affirm inwardly that life with all its sorrows is good that everything is meaningful even if in a sense beyond our understanding and that there is always tomorrow.
Dorothy Thompson

Life is the will to power; our natural desire to dominate and reshape the world to fit our own preferences and assert our personal strength to the fullest degree.
Friedrich Nietzche

Politics is the science of getting more power than anyone deserves to have.
Kirk Brothers, The Revolutionary Right

The possession of unlimited power will make a despot of almost any man. There is a possible Nero in the gentlest human creature that walks.
Thomas Bailey

Everyone has the brainpower to follow the stock market. If you made it through fifth - Grade math, you can do it.
Peter Lynch

We have the power to do any damn fool thing we want to do, and we seem to do it about every 10 minutes.
William Fullbright

When the power of love overcomes the love of power, the world will know peace.
Jimi Hendrix

The very powerful and the very stupid have one thing in common. Instead of altering their views to fit the facts, they alter the facts to fit their views... which can be very uncomfortable if you happen to be one of the facts that needs altering.
Doctor Who

Where love rules, there is no will to power, and where power predominates, love is lacking. The one is the shadow of the other.
Carl Jung, "On the Psychology of the Unconciousness", 1917

I have found power in the mysteries of thought, exaltation in the changing of the Muses I have been versed in the reasonings of men but Fate is stronger than anything I have known.
Euripides