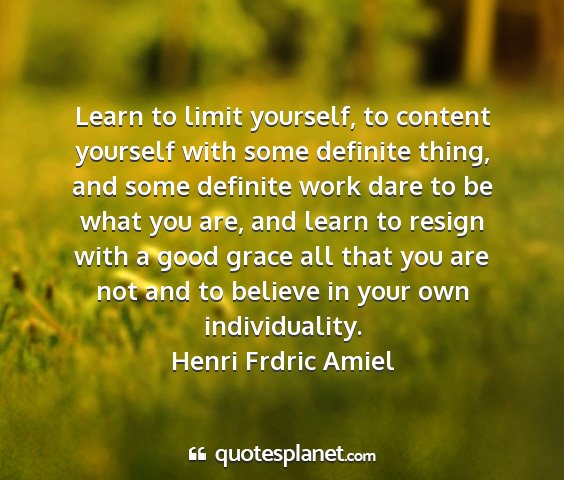 It is not enough to limit your love to your own nation, to your own group. You must respond with love even to those outside of it.... This concept enables people to live together not as nations, but as the human race.
Clarence Jordan

Be open to your dreams, people. Embrace that distant shore. Because our mortal journey is over all too soon.
David Assael, Northern Exposure, It Happened in Juneau, 1992

A graceful and honorable old age is the childhood of immortality.
Pinda 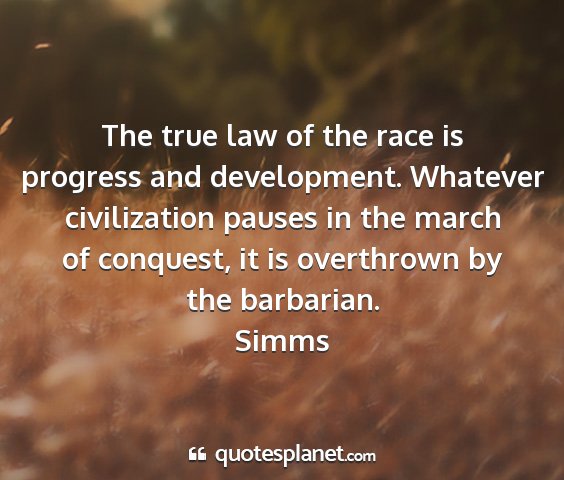 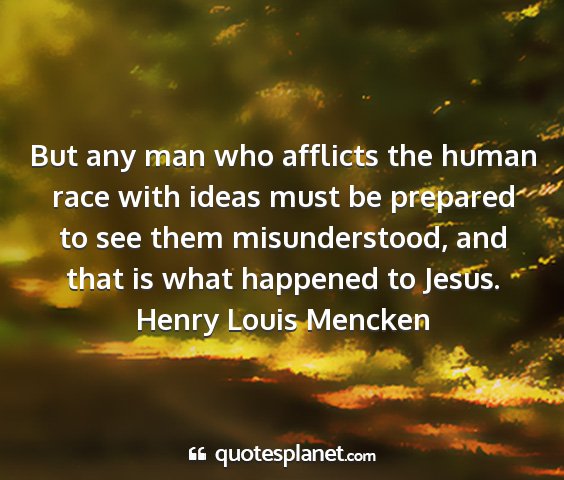 Adventure must be held in delicate fingers. It should be handled, not embraced. It should be sipped, not swallowed at a gulp.
Ashley Dukes, The Man with a Load of Mischief (1924)

I almost think it is the ultimate destiny of science to exterminate the human race.
Thomas Love Peacock

The finest lives, in my opinion, are those who rank in the common model, and with the human race, but without miracle, without extravagance.
Michel Eyquem de Montaigne

It is easy to say how we love new friends, and what we think of them, but words can never trace out all the fibers that knit us to the old.
George Eliot

Think it the greatest impiety to prefer life to disgrace, and for the sake of life to lose the reason for living.
Juvenal

The end of the human race will be that it will eventually die of civilization.
Ralph Waldo Emerson

Nor need we be surprised that men so often embrace almost any doctrines, if they are proclaimed with a voice of absolute assurance.
Judge Learned Hand, Address "A Fanfare for Prometheus", January 29, 1955

Mathematics transfigures the fortuitous concourse of atoms into the tracery of the finger of God.
Herbert Westren Turnbull

There are times when one would like to end the whole human race, and finish the farce.
Mark Twain

Virtue and genuine graces in themselves speak what no words can utter.
William Shakespeare

Sunshine is delicious, rain is refreshing, wind braces up, and snow is exhilarating; there is no such thing as bad weather, only different kinds of good weather.
John Ruskin

And the wind said May you be as strong as the oak, yet flexible as the birch may you stand as tall as the redwood, live gracefully as the willow and may you always bear fruit all your days on this earth.
Native American Praye

The artist is the confidant of nature, flowers carry on dialogues with him through the graceful bending of their stems and the harmoniously tinted nuances of their blossoms, Every flower has a cordial word which nature directs towards him.
Auguste Rodin

One of the serious obstacles to the improvement of our race is indiscriminate charity.
Andrew Carnegie

When Jesus Christ utters a word, He opens His mouth so wide that it embraces all Heaven and earth, even though that word be but in a whisper.
Martin Luthe

The true fanatic is a theocrat, someone who sees himself as acting on behalf of some super personal force the Race, the Party, History, the proletariat, the Poor, and so on. These absolve him from evil, hence he may safely do anything in their service.
Lord Billingsley

An arrow may fly through the air and leave no trace; but an ill thought leaves a trail like a serpent.
Mackay

No one ever promised that the fastest horse in the race was the easiest one to ride. on managing talented people.
Eric J. Joiner, Jr.

The issue of race could benefit from a period of benign neglect.
Daniel Patrick Moynihan

A long and wicked life followed by five minutes of perfect grace gets you into Heaven. An equally long life of decent living and good works followed by one outburst of taking the name of the Lord in vainthen have a heart attack at that moment and be damned for eternity. Is that the system.
Robert A. Heinlein

Oh you who are born of the blood of the gods, Trojan son of Anchises, easy is the descent to Hell the door of dark Dis stands open day and night. But to retrace your steps and come out to the air above, that is work, that is labo.
Virgil

Perseverance is not a long race it is many short races one after another.
Walter Elliott

Slow and steady wins the race.
Aesop, The Hare and the Tortoise

If you aspire to the highest place it is no disgrace to stop at the second, or even the third.
Marcus Tullius Cicero