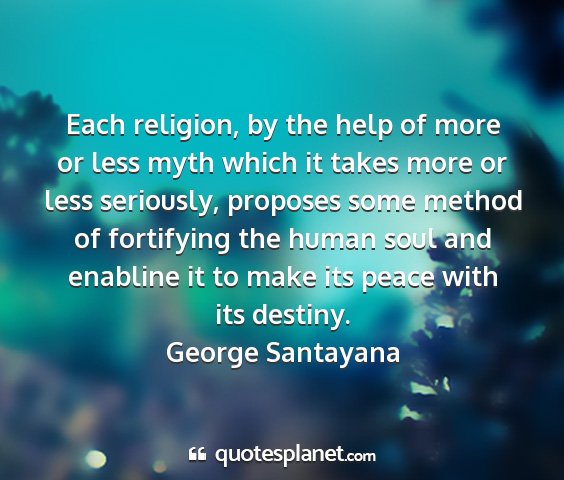 When I do good, I feel good; when I do bad, I feel bad, and that is my religion.
Abraham Lincoln, (attributed)

The tendancy of liberals is to create bodies of men and women - Of all classes - Detached from tradition, alienated from religion, and susceptible to mass suggestion - Mob rule. And a mob will be no less a mob if it is well fed, well clothed, well housed, and well disciplined.
George Eliot 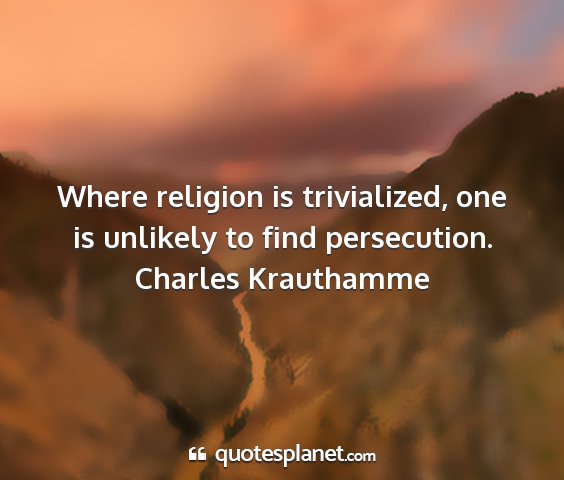 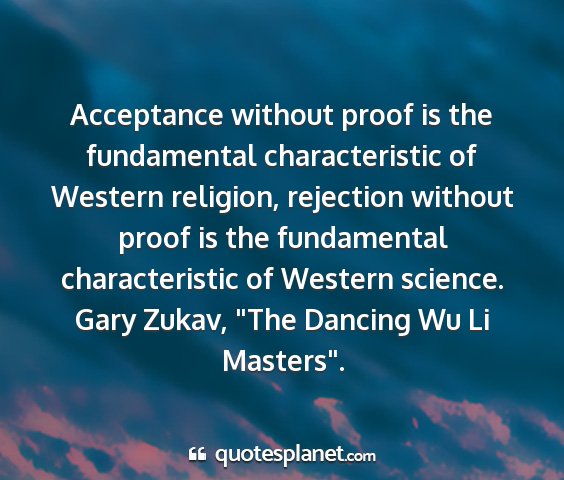 Religion is a candle inside a multicolored lantern. Everyone looks through a particular color, but the candle is always there.
Mohammed Negui

Religion is a defense against the experience of God.
Carl Jung

Music like religion, unconditionally brings in its train all the moral virtues to the heart it enters, even though that heart is not in the least worthy.
Jean Baptiste Montegut

There is no cure for the pride of a virtuous nation but pure religion.
Reinhold Niebuh

Religion is the everlasting dialogue between humanity and God. Art is its soliloquy.
Franz Werfel

Genius without religion is only a lamp on the outer gate of a palace; it may serve to cast a gleam on those that are without while the inhabitant sits in darkness.
Hannah More

Religion is an illusion and it derives its strength from the fact that it falls in with our instinctual desires.
Sigmund Freud

Science is the record of dead religions.
Oscar Wilde

I am a Millionaire. That is my religion.
George Bernard Shaw, Major Barbara (1907) act 2

The artist needs no religion beyond his work.
Elbert Hubbard

Religion is an attempt to get control over the sensory world, in which we are placed, by means of the wish - world which we have developed inside us as a result of biological and psychological necessites.
Sigmund Freud

This is my simple religion. There is no need for temples no need for complicated philosophy. Our own brain, our own heart is our temple the philosophy is kindness.
Dalai Lama

Religion is the opiate of the masses.
Karl Marx, Urban Dictionary, under "Religion".

Some people are that - More than a parent, more than a role model, more than anything less than a religion.
Margaret Cho, weblog, 05 - 04 - 04

Religion is a bandage that man has invented to protect a soul made bloody by circumstance.
Theodore Herman Albert Dreise

If I had to live my life over again, I would have a different father, a different wife and a different religion.
John Fitzgerald Kennedy

Religions are many and diverse, but reason and goodness are one.
Elbert Hubbard

Matters of religion should never be matters of controversy. We neither argue with a lover about his taste, not condemn him, if we are just, for knowing so human a passion.
George Santayana

We have just enough religion to make us hate, but not enough to make us love on another.
Jonathan Swift