Arithmetic is where the answer is right and everything is nice and you can look out of the window and see the blue sky - - Or the answer is wrong and you have to start over and try again and see how it comes out this time.
Carl Sandburg 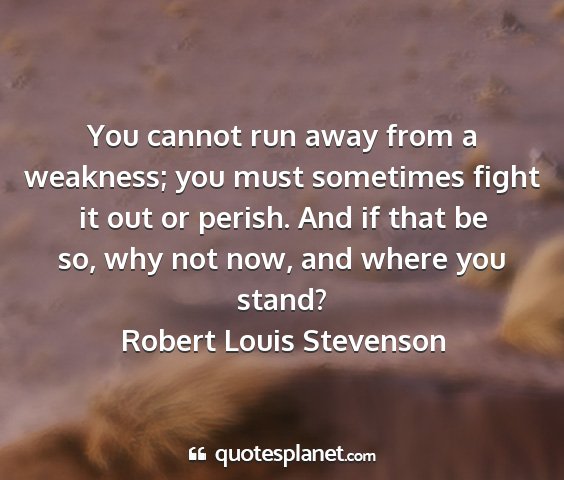 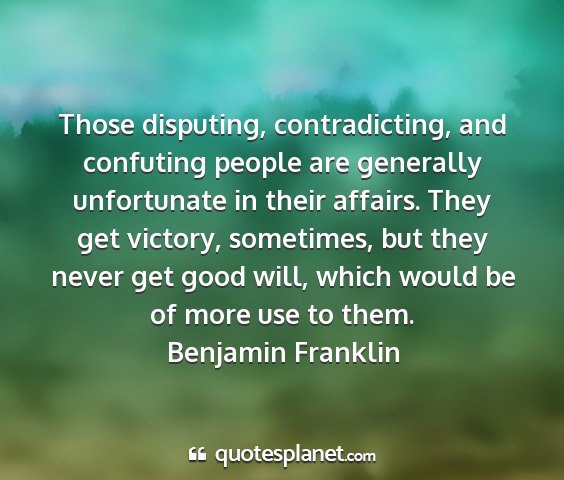 If a problem has no solution, it may not be a problem, but a fact - Not to be solved, but to be coped with over time.
Shimon Peres

Time is the great legalizer, even in the field of morals.
Henry Louis Mencken

Vladimir That passed the time. Estragon It would have passed in any case. Vladimir Yes, but not so rapidly.
Samuel Beckett

Never say never Never is a long, undependable time, and life is too full of rich possibilities to have restrictions placed upon it.
Gloria Swanson

Nonviolence is the answer to the crucial political and moral questions of our time; the need for mankind to overcome oppression and violence without resorting to oppression and violence. Mankind must evolve for all human conflict a method which rejects revenge, aggression, and retaliation. The foundation of such a method is love.
Martin Luther King Jr., December 11, 1964

I will persist until I succeed. Always will I take another step. If that is of no avail I will take another, and yet another. In truth, one step at a time is not too difficult.... I know that small attempts, repeated, will complete any undertaking.
Og Mandino 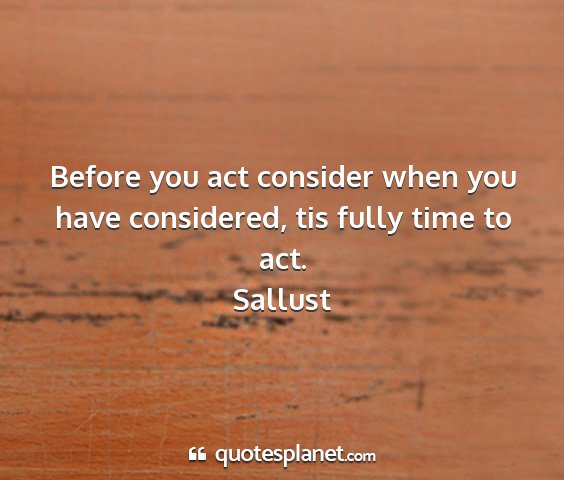 Your first appearance, he said to me, is the gauge by which you will be measured; try to manage that you may go beyond yourself in after times, but beware of ever doing less.
Jean Jacques Rousseau

Mornings are wonderful! The only drawback is that they come at such an inconvenient time of day!
Glen Cook, Sweet Silver Blues

This time, like all times, is a very good one, if we but know what to do with it.
Ralph Waldo Emerson

I must have a prodigious quantity of mind it takes me as much as a week, sometimes, to make it up.
Mark Twain

Sometimes it is harder to deprive oneself of a pain than of a pleasure.
F. Scott Fitzgerald, Tender is the Night

Those who enjoy such freedoms as we enjoy, forget in time that men died to earn them.
Franklin Roosevelt

Sometimes you gotta create what you want to be a part of.
Geri Weitzman

For whereas the mind works in possibilities, the intuitions work in actualities, and what you intuitively desire, that is possible to you. Whereas what you mentally or consciously desire is nine times out of ten impossible; hitch your wagon to star, or you will just stay where you are.
D. H. Lawrence

So divinely is the world organized that every one of us, in our place and time, is in balance with everything else.
Johann Wolfgang von Goethe, O Magazine, April 2003

Our generation has an incredible amount of realism, yet at the same time it loves to complain and not really change because if it does change then it won? t have anything to complain about.
Tori Amos

Nothing else in the world... not all the armies... is so powerful as an idea whose time has come.
Victor Hugo

Take death for example. A great deal of our effort goes into avoiding it. We make extraordinary efforts to delay it, and often consider its intrusion a tragic event. Yet we? d find it hard to live without it. Death gives meaning to our lives. It gives importance and value to time. Time would become meaningless if there were too much of it.
Ray Kurzweil, The Age of Spiritual Machines: When Computers Exceed Human Intelligence

As if you could kill time without injuring eternity.
Henry David Thoreau

A conservative is a man who believes that nothing should be done for the first time.
Alfred E. Wiggam

Men have died from time to time, and worms have eaten them, but not for love.
William Shakespeare

With time and patience the mulberry leaf becomes a silk gown.
Chinese prove

What is a thousand years Time is short for one who thinks, endless for one who yearns.
Alain

Happy is said to be the family which can eat onions together. They are, for the time being, separate, from the world, and have a harmony of aspiration.
Charles Dudley Warne

This quote reminds me to enjoy each moment of the summer Steep thyself in a bowl of summertime.
Virgil

What is this life if, so full of care, We have no time to stand and stare.
W. H. Davies

The man who goes alone can start today but he who travels with another must wait till the other is ready, and it may be along time before they get off.
Henry David Thoreau