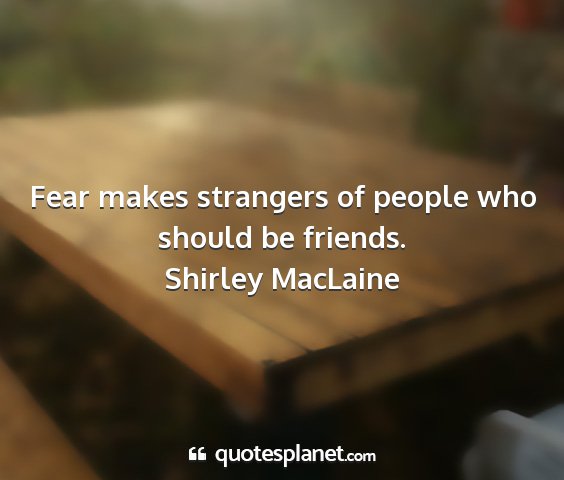 Courage is resistance to fear, mastery of fear - Not absence of fear. Except a creature be part coward it is not a compliment to say it is brave.
Lucius Annaeus Seneca 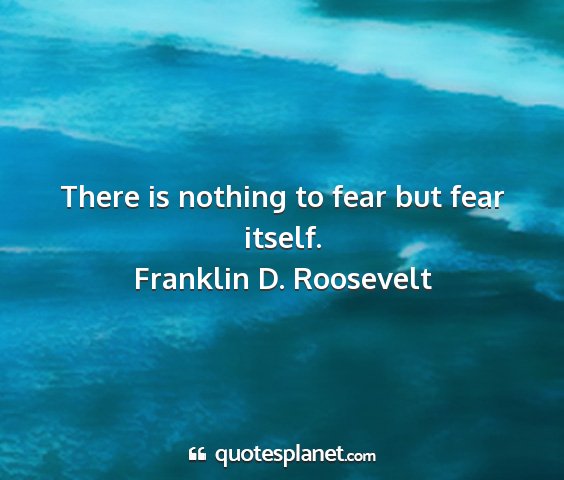 To live a creative life, we must lose our fear of being wrong.
Joseph Chilton Pearce 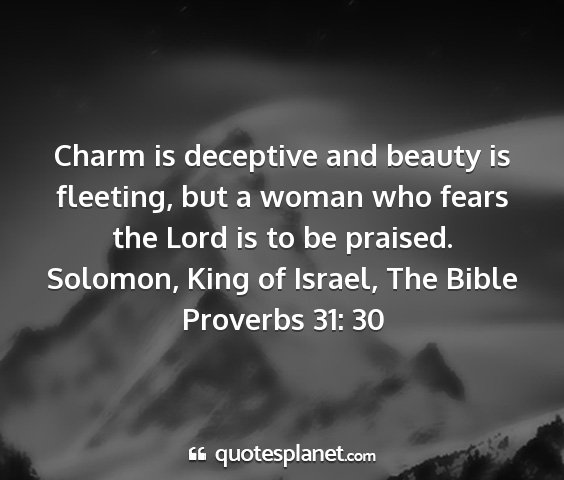 I fear all we have done is to awaken a sleeping giant and fill him with a terrible resolve.
Isoroku Yamamoto, After Pearl Harbor, Japanese Admiral

Nothing in life is to be feared. It is only to be understood.
Marie Curie

Fear is static that prevents me from hearing my intuition.
Hugh Prathe

He who is not everyday conquering some fear has not learned the secret of life.
Ralph Waldo Emerson

Do not fear going forward slowly; fear only to stand still.
Chinese Prove

Yea, though i walk through the valley of the shadow of death, i will fear no evil, for thou art with me. Thy rod and thy staff they comfort me... Surely goodness and mercy shall follow me throughout the rest of my life and i will dwell in the house of the Lord forever.
Bible, Psalm 23, New Testament

The Fear of Death often proves Mortal, and sets People on Methods to save their Lives, which infallibly destroy them.
Joseph Addison

For what are posessions but things we guard for fear we might need them tomorrow?
Kahlil Gibron, (book) The Profit

As I sit I see a dove And think of our deep, dear true love Think not about our future lives Except perhaps our growing size Keep all your thoughts alive, aglow, All will be well, no fear, I know
Unknown

It often requires more courage to dare to do right than to fear to do wrong.
Abraham Lincoln

To use fear as the friend it is, we must retrain and reprogram ourselves... We must persistently and convincingly tell ourselves that the fear is here - - with its gift of energy and heightened awareness - - So we can do our best and learn the most in the new situation.
Peter McWilliams, Life 101