Progress, far from consisting in change, depends on retentiveness. Thse who cannot remember the past are condemned to repeat it.
George Santayana 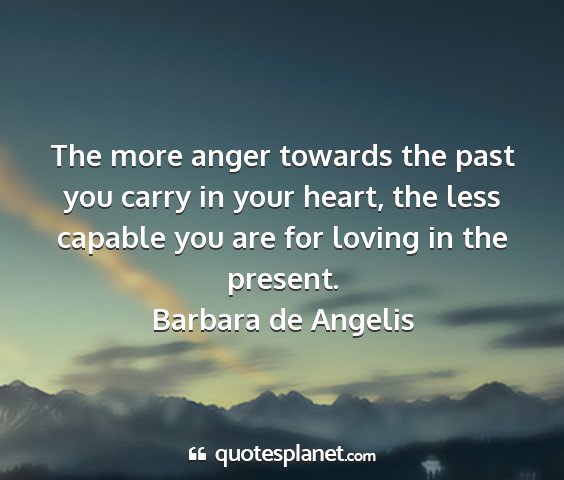 You can clutch the past so tightly to your chest that it leaves your arms too full to embrace the present.
Jan Glidewell

But the only way of discovering the limits of the possible is to venture a little way past them into the impossible.
Arthur C. Clarke 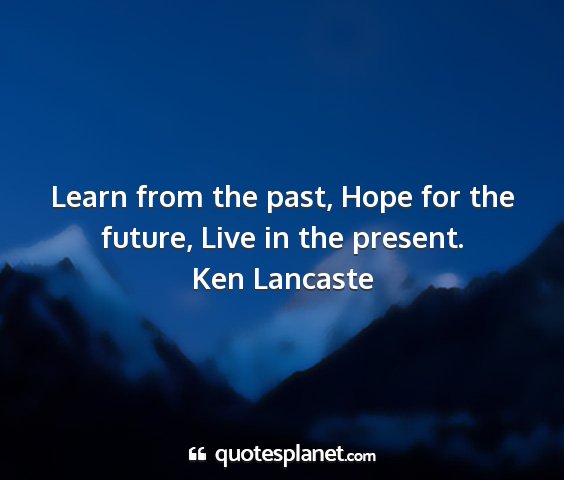 Nothing changes more constantly than the past; for the past that influences our lives does not consist of what happened, but of what men believe happened.
Gerald W. Johnston

Geschichte ist... ein Dialog zwischen Gegenwart und Vergangenheit. re - Transl.: History is... a dialogue between the present and the past.
Edward Hallet Carr, Was ist Geschichte?, S. 54 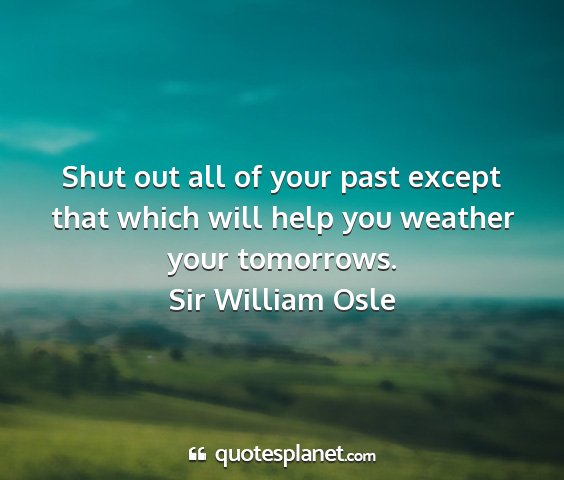 Remember your past mistakes just long enough to profit by them.
Dan McKinnon

Women with pasts interest men... they hope history will repeat itself.
Mae West

For my part, I consider that it will be found much better by all parties to leave the past to history, especially as I propose to write that history myself.
Sir Winston Churchill

Rash indeed is he who reckons on the morrow, or haply on days beyond it; for tomorrow is not, until today is past.
Sophocles, Trachiniae

The golden moments in the stream of life rush past us and we see nothing but sand; the angels come to visit us, and we only know them when they are gone.
George Eliot

Sundown, yellow moon, I replay the past. I know every scene by heart, they all went by so fast.
Bob Dylan, "If you see her, say hello".

A garden is evidence of faith. It links us with all the misty figures of the past who also planted and were nourished by the fruits of their planting.
Gladys Tabe

Every event that a man would master must be mounted on the run, and no man ever caught the reins of a thought except as it galloped past him.
Oliver Wendell Holmes Jr.

The only use of a knowledge of the past is to equip us for the present. The present contains all that there is. It is holy ground; for it is the past, and it is the future.
Alfred North Whitehead

The past is but the beginning of a beginning.
H. G. Wells

The past itself, as historical change continues to accelerate, has become the most surreal of subjects - - Making it possible to see a new beauty in what is vanishing.
Susan Sontag

The farther behind I leave the past, the closer I am to forging my own character.
Isabelle Eberhardt