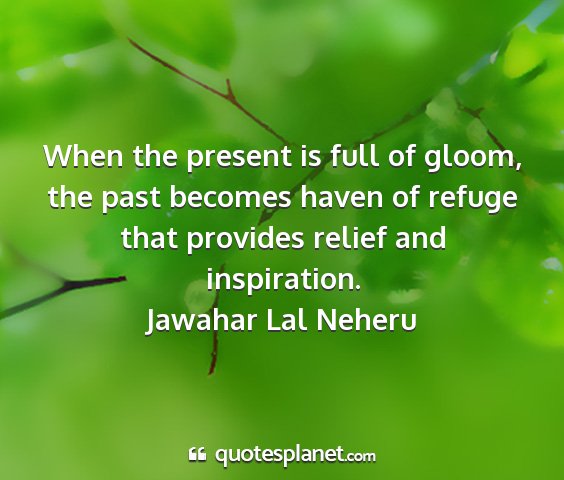 Four things come not back - - The spoken word, the sped arrow, the past life, and the neglected opportunity.
Arabian Prove

I like the dreams of the future better than the history of the past.
Thomas Jefferson

We can draw lessons from the past, but we cannot live in it.
Lyndon B. Johnson, December 13, 1963

I know of no way to judge the future but by the past.
Patrick Henry

Nothing changes more constantly than the past; for the past that influences our lives does not consist of what happened, but of what men believe happened.
Gerald W. Johnston

The Past: Our cradle, not our prison; there is danger as well as appeal in its glamour. The past is for inspiration, not imitation, for continuation, not repetition.
Israel Zangwill

The past is the only dead thing that smells sweet.
Edward Thomas, Poems (1917) "Early One Morning".

It would be naive to think that the problems plaguing mankind today can be solved with means and methods which were applied or seemed to work in the past...
Mikhail Gorbachev, (1988)