The greatest pleasure in life is doing what people say you cannot do.
Walter Bagehot

Great things are accomplished by talented people who believe they will accomplish them.
Warren Bennis

Lots of people are willing to die for the person they love, which is a pity, for it is a much grander thing to live for that person.
Jason Hurst 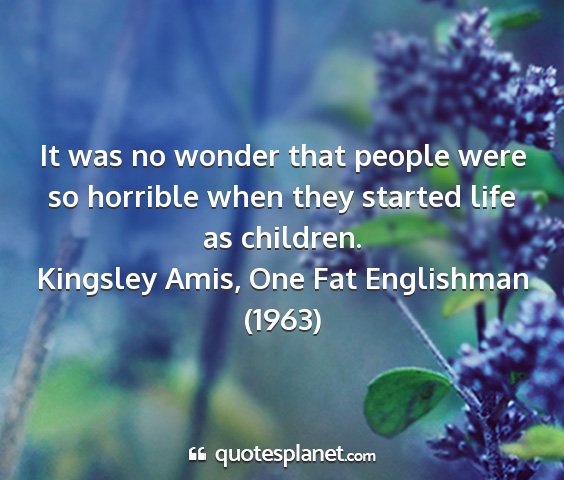 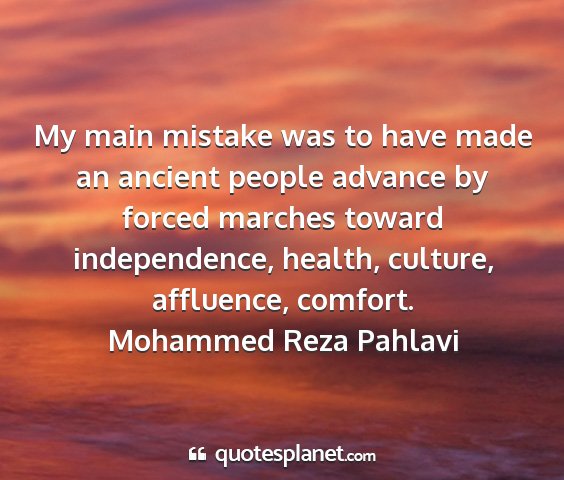 The individual choice of garnishment of a burger can be an important point to the consumer in this day when individualism is an increasingly important thing to people.
Donald N. Smith, president of Burger King

Half of the American people have never read a newspaper. Half never voted for President. One hopes it is the same half.
Gore Vidal

Never bear more than one trouble at a time. Some people bear three kinds - All they have had, all they have now, and all they expect to have.
Edward Everett Hale

The camera is an instrument that teaches people how to see without a camera.
Dorothea Lange

When someone does something good, applaud! You will make two people happy.
Samuel Goldwyn

It never ceases to amaze me: we all love ourselves more than other people, but care more about their opinions than our own.
Marcus Aurelius, Meditations 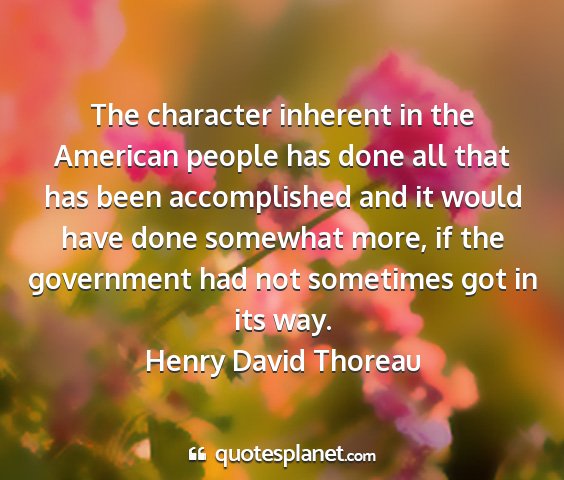 I never make the mistake of arguing with people for whose opinions I have no respect.
Edward Gibbon

Sometimes I get bored riding down the beautiful streets of L. A. I know it sounds crazy, but I just want to go to New York and see people suffer.
Donna Summe

The world is full of suffering but it is also full of people overcoming it.
Helen Kelle

It is wise to direct your anger towards problems - - Not people to focus your energies on answers - - Not excuses.
William Arthur Ward

The essential matter of history is not what happened but what people thought or said about it.
Frederic William Maitland

The very existence of flamethrowers proves that some time, somewhere, someone said to themselves, You know, I want to set those people over there on fire, but I? m just not close enough to get the job done.
George Carlin

So much of what we call management consists in making it difficult for people to work.
Peter Drucke

While intelligent people can often simplify the complex, a fool is more likely to complicate the simple.
Gerald W. Grummet

The genius of our ruling class is that it has kept a majority of the people from ever questioning the inequity of a system where most people drudge along, paying heavy taxes for which they get nothing in return.
Gore Vidal

Even though a number of people have tried, no one has yet found a way to drink for a living.
Jean Ke

Never tell a man you can read him through and through most people prefer to be thought enigmas.
Marchioness Townsend

Not many people know this... but I happen to be famous.
Sam Malone, Cheers

It makes me mad when people say I turned and ran like a scared rabbit. Maybe it was like an angry rabbit, who was going to fight in another fight, away from the first fight.
Jack Handey Deep Thoughts

How strange is the lot of us mortals Each of us is here for a brief sojourn for what purpose he knows not, though he senses it. But without deeper reflection one knows from daily life that one exists for other people.
Albert Einstein

Solitude would be ideal if you could pick the people to avoid.
Karl Kraus

Death most resembles a prophet who is without honor in his own land or a poet who is a stranger among his people.
Kahlil Gibran

In spite of everything, I still believe that people are really good at heart.
Anne Frank, from the diary of Anne Frank

There was no telling what people might find out once they felt free to ask whatever questions they wanted to.
Joseph Heller, Catch 22