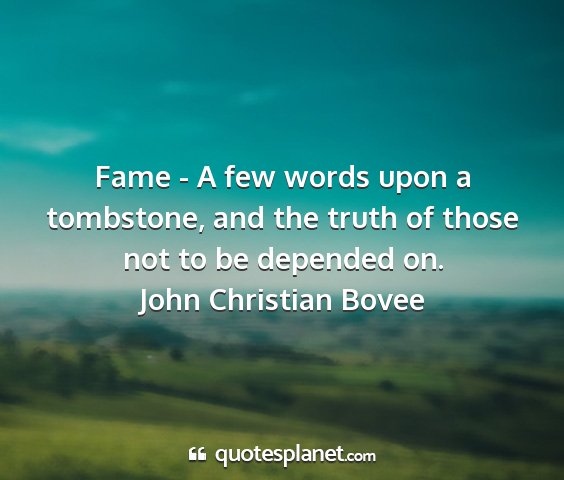 We gladly feast on those who would subdue us... not just pretty words, Fester.
Morticia Addams - From the Addams Family movie 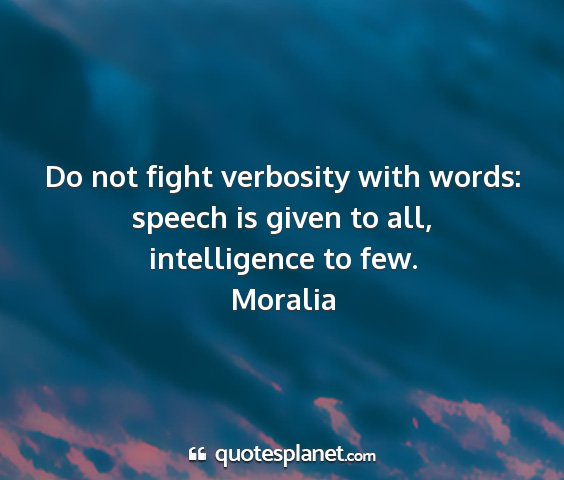 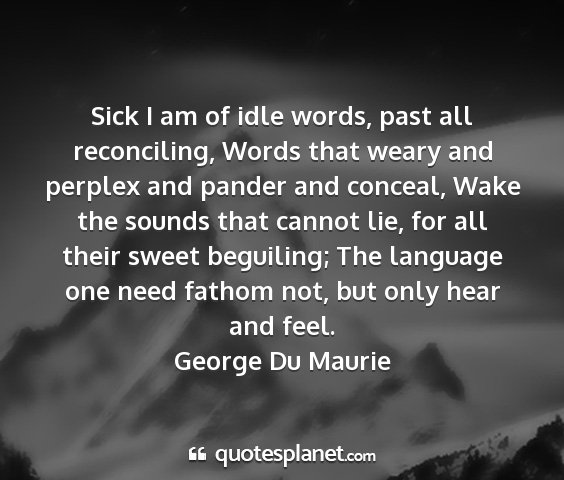 The most valuable of all talents is that of never using two words when one will do.
Thomas Jefferson

A threat is basically a means for establishing a bargaining position by inducing fear in the subject. When a threat is used, it should always be implied that the subject himself is to blame by using words such as You leave me no other choice but to...
CIA Manual

For of all sad words of tongue or pen, the saddest are these, It might have been!
John Greenleaf Whittie

Words divide us, actions unite us.
Slogan of the Tupamaros

Words are like leaves and where they most abound, Much fruit of sense beneath is rarely found.
Alexander Pope

No two people see the external world in exactly the same way. To every separate person a thing is what he thinks it is - - In other words, not a thing, but a think.
Penelope Fitzgerald

I banish fear with two words: you lead.
Demetri Kolokotronis

Do not the most moving moments of our lives find us all without words.
Marcel Marceau

Be not careless in deeds, nor confused in words, nor rambling in thought.
Marcus Aurelius Antoninus

It is with words as with sunbeams. The more they are condenced, the deeper they burn.
Robert Southey

The finest words in the world are only vain sounds if you cannot understand them.
Anatole France

For I am a Bear of Very Little Brain, and big words Bother me.
Winnie the Pooh

By words the mind is winged.
Aristophanes

Words without actions are the assassins of idealism.
Herbert Hoove

I must tell you that the supply of words on the world market is plentiful, but the demand is falling.
Lech Walesa

We are all connected to everyone and everything in the universe. Therefore, everything one does as an individual affects the whole. All thoughts, words, images, prayers, blessings, and deeds are listened to by all that is.
Serge Kahili King

Hope is the thing with feathers - - That perches in the soul - - And sings the tune without words - - And never stops, at all.
Emily Elizabeth Dickinson

One ought, every day at least, to hear a little song, read a good poem, see a fine picture, and, if it were possible, to speak a few reasonable words.
Johann von Goethe

The chief difference between words and deeds is that words are always intended for men for their approbation, but deeds can be done only for God.
Leo Tolstoy

You cannot slander human nature; it is worse than words can paint it.
Charles Haddon Spurgeon

Without knowing the force of words, it is impossible to know men.
Confucius

Grasp the subject, the words will follow.
Cato the Elde

Friendship is the inexpressible comfort of feeling safe with a person, having neither to weigh thoughts nor measure words.
George Eliot

During my three years in Vietnam, I certainly heard plenty of last words by dying American footsoldiers. Not one of them, however, had illusions that he had somehow accomplished something worthwhile in the process of making the Supreme Sacrifice.
Kurt Vonnegut, Hocus Pocus

Words do two major things They provide food for the mind and create light for understanding and awareness.
Jim Rohn

Better than a thousand hollow words, is one word that brings peace.
Buddha

I asked Ring Lardner the other day how he writes his short stories, and he said he wrote a few widely separated words or phrases on a piece of paper and then went back and filled in the spaces.
Harold Ross

But words are things; and a small drop of ink, Falling, like dew, upon a thought, produces That which makes thousands, perhaps millions, think.
Lord Byron

Whenever I start getting sad about where I am in my life, I think about the last words of my favorite uncle A truck.
Child Age 15